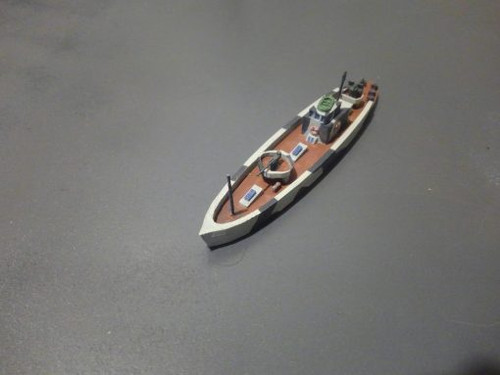 Vorpostenboot (plural Vorpostenboote), also referred to as VP-Boats, flakships or outpost boats,[1][2] were German patrol boats which served during both World Wars. They were used around coastal areas and in coastal operations, and were tasked with – among other things – coastal patrol, ship escort, anti submarine patrols and naval combat.[1]

Warships were not available in sufficient numbers in the Imperial Navy and the Kriegsmarine to control the long coasts of the territories under German rule. For this reason, many different types of smaller craft were modified for use in combat. Most Vorpostenboote were pre-war fishing vessels, yachts or harbour craft.[3] Such vessels were ideal because they were plentiful, and were of simple and robust design, advantageous in rough waters. They were the German equivalent to the trawlers of the Royal Navy. There were several hundred Vorpostenboote active during each World War.[3]