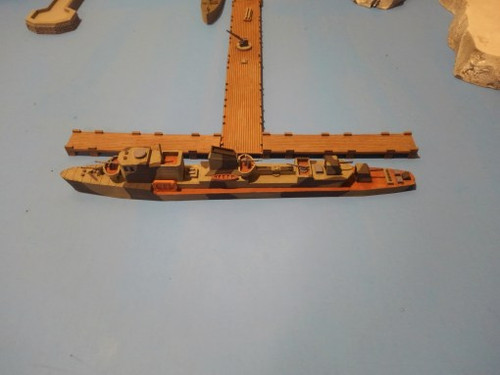 On 8 April she patrolled Hustadvika Bay together with the patrol boat Syrian, watching over a fictitious minefield laid there by the British destroyers Hero and Hyperion (Operation Wilfred).[7] She was immediately ordered to join the torpedo boats Trygg and Sild in order to defend the mouth of the Romsdalsfjord against any German attempt at intrusion.

leipner‘s first hostile encounter with the German foe occurred on 12 April. At this date Captain Ullring decided to act on information received on 10 April that two German vessels were making their way down the coast towards the south. The ships were the 1,080-ton merchant Ruhrort of Duisburg[11] and the 420-ton trawler Thüringen.